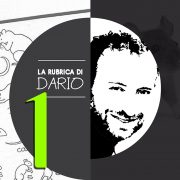 Almost thirty years have passed since, as a young student of the degree in forest science, I began to deal with the problems caused to human activities by rodents, under the expert and authoritative guidance of Luciano Santini, who in those years (I’m talking about the second mid 80s) he taught forest zoology at the University of Tuscia, whose teachings have always been of great use to me, and with whom I have the pleasure of collaborating and confronting today.

Initially, I dealt with the problem of damage to forest sowing, then after graduating I became interested in other aspects, from food industries to urban centers, from agriculture to islands. Although I can say that I have now accumulated a fair amount of experience in this regard, I have given myself a golden rule from which I cannot break, which I can summarize in this way: never stop learning.

The reason is simple: considering yourself arrived, without having to constantly update your knowledge, it inevitably leads you to always repeat the same things and always worse, to face the new problems always with the same approach, while regulations and materials change, and with them the needs and expectations of those who call you to solve a problem.

On the one hand I read and update as much as possible and, while never renouncing my own, whether it is a conference or a scientific magazine, on the other I always try to listen to who I am, in the belief that most of the things I know I learned in the field, listening to the problems and evaluating the right or wrong solutions that were adopted from time to time to solve a problem. In this sense, the comparison with professionals has been fundamental: they are the ones who have the pulse of problems, materials and products, but also of the regulatory repercussions and needs of end customers. From them I always get specialized feedback, often of a high level, analyzed from the point of view of those who must solve a problem, and not just tell.

There is one last consideration I would like to make: over the years I have learned how crucial it is to understand how the species we are trying to fight perceive and how they perceive the environment. Predicting the routes, the access routes and the food sources is crucial in setting the strategy, as well as identifying the most favorable areas and those that are least. In other words, to paraphrase Oscar Wilde, the importance of thinking like a mouse!